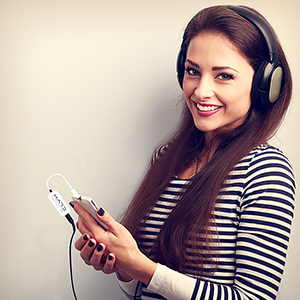 Keep EMF away from your brain while on your phone

Using a headset is safer than holding your phone up to your head. But standard wired headsets conduct EMF radiation from your phone directly into your ear canal, exposing your brain. Most anti-radiation air tubes have inferior sound quality. That’s why we created the SYB H.A.R.D. – to protect you from EMF radiation without sacrificing sound quality. 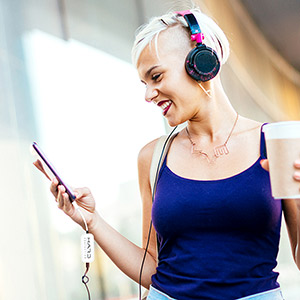 The SYB H.A.R.D. uses universally accepted scientific principles to Shield Your Body against harmful EMF radiation from devices like phones, laptops and tablets.

Inside each H.A.R.D. is a dielectric gel that absorbs the microwave radiation emitted by your cell phone and conducted into your head with standard headphones and headsets. 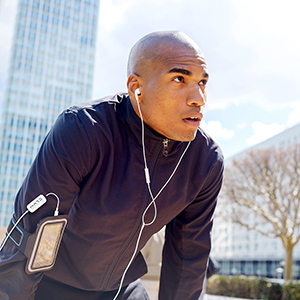 The SYB H.A.R.D. is stylish and sleek with a small design.

It’s small, portable and easy to carry. You can use it while walking, driving, traveling, exercising at the gym, at home, work or on the go. 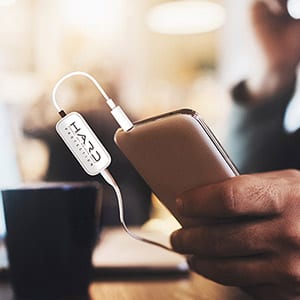 Any controls that you have on your headset or headphones, like your microphone, volume control, and call answering, will still work.

Use your headset and device just as you normally would, while you protect yourself from harmful cell phone radiation. 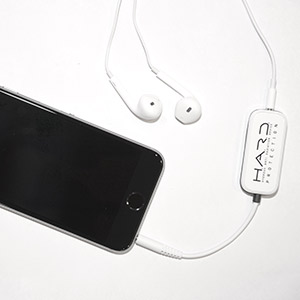 The SYB Air H.A.R.D works on any device with a standard 3.5mm audio jack.

It also works with any headphones or headset with a standard 3.5mm audio jack. It also works with USB-C devices (like later model Android phones) with a USB-C adapter. Use with an iPhone lightning adapter is not recommended.

You no longer have to sacrifice audio quality to protect yourself from cell phone radiation with Air Tube headsets. The SYB H.A.R.D. works with your favorite headphones or headset. In fact, by eliminating the EMF interference, the HARD actually improves your audio quality.

The SYB Headset Anti Radiation Device couldn’t be easier to use.

Just plug it into your phone, laptop or tablet, and then plug your headphones or headset into the H.A.R.D. That’s it! Now you’re protected as you talk and listen on your device!

All the controls on your headset (like volume and call answering) will still work.

It just protects you and your brain from EMF radiation. That’s it.

It’s small and lightweight. It’s perfect for use while working, lounging around, or when you’re on the go. Walking, traveling or exercising, everyone needs protection from mobile radiation. 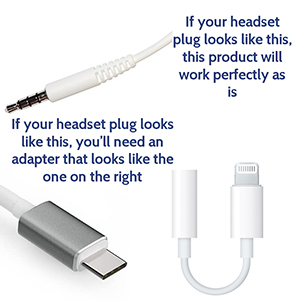 COMPATIBILITY WITH DEVICES THAT USE THE ROUND 3.5MM JACK - not the flat lightning jack - But there are adapter options

If you have an iPhone 8 or high, ipad, or many of the other newer phones that have changed from the round plug in to the flat lightening jack, you will need to order a Lightning to 3.5 mm Headphone Jack Adapter (generically called a dongle) directly from Apple. (This link will open in a new window.) It's quite inexpensive and works far better than anything we found on Amazon. We know from personal experience.

If you want to purchase elsewhere just search for Lighting to 3.5mm Headphone jack (Note, you don't have to have an Apple product to use the Apple Adapter, we're just listing it because out of 3 we ordered, this is the one that proved to work)

The standard 3.5mm jack can be used with most smartphones, laptops, tablets and other electronic devices, including most cell phones  (Exception iPhone 8 and above, iPod, MP3/MP4 players, desktop computers, notebooks and laptops, and tablets and other newer phones.

AegisGuard™ LS Radiation Shield - Spray for all Electronics and Windows